I finally went to House of Blues.  I never went during my last program because it seemed like it was a little too wild for my taste.  But, I’ve decided that I need to try new things during this program.  Plus, my roommates were all interested in trying it out for the first time with me!

It was so perfect because we all actually were available to go out that night.

With everyone working at different parks and having roles, it’s amazing we could all be together! 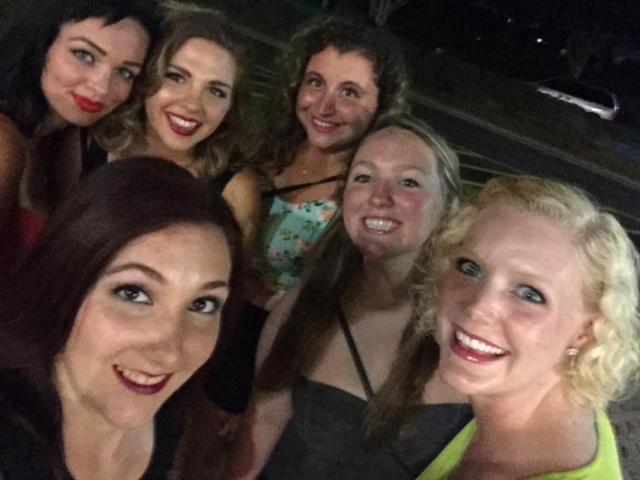 We rode the F bus (Downtown Disney) and got there at around 10:30pm.  It was so funny – SO many of the international programmers from Thailand were on the bus with us!

We get to House of Blues, and I’m totally expecting it to be like packed and crazy already since the Fall Advantage people are all here and there are a ton of different summer programs going on…plus it’s summer!

Buuuut, it was basically as empty as the photo above!

Just us and the 15 ICPs that we rode the bus with!

We hung out for a hour or so, waiting for more people to show up.  There was a DJ on the stage, but he kept playing house mixes.  Nothing recognizable and only semi good beat.  I had to work the next day and be up by 6am, so I was keeping an eye on the clock.

Finally, we get out on the dance floor, but there was a dance-off going on.  There were maybe 6 people who knew how to pop and lock it and then 200 people standing around staring at them and wishing they were allowed to dance.

We watched the dancing for an hour. omg!  SO boring!  Yeah, it was cool the FIRST time they showed off their moves…not the 15th time!  Finally, a group of us girls got so annoyed, we rushed the dance floor.  It was SO fun for about 2 minutes until they reformed the dance circle…

By then, my roommates and I were fed up with the mood.  We came here to dance, not watch people dancing!  Plus, it was after 12:30am, so it was time for me to go.  Luckily, some of my roommates were ready to leave too so I didn’t have to go home alone.

I ended up going to bed at 2am and had to get up at 6am for my last day of training.

It was so funny – it looked like everyone on the early morning bus bus had ALSO gone to HOB last night, judging by their puffy eyes and also the fact they were all completely passed out riding to work.

The coolest part about that night was getting to hang out with my roommates.  I never went anywhere or hung out with my previous program’s roommates because we had nothing in common.

Even though I went completely random this time with my roommate selection, I seriously LUCKED OUT with these girls!  🙂 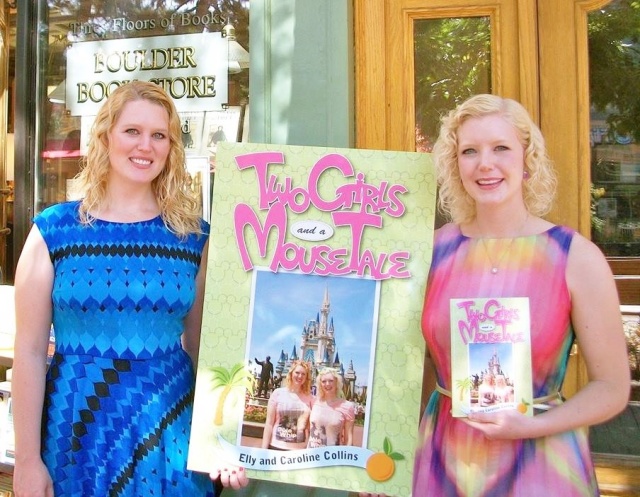 We’ve included advice on how to successfully get into the DCP program, including some of the actual phone interview questions, how to have a successful internship, and how not self-term before your program ends. Our book is filled with lots of behind-the-scene stories of the magic of Disney.
Available now at Amazon.com in paperback and Kindle formats. Published by Theme Park Press.