Because I’m working in Strollers and surrounded by my ICP friends, I started talking about having an international dinner night together.  I thought it would be so fun having everyone bring a different dish from their country to share. I always joke with my friends that I’d be a real American and just buy pizza for it.  (I’m not crazy about cooking and it’s hard cooking at my apartment because I don’t have any ingredients.)

We finally got a night planned for it when my CP friend, Ricky, decided to invite everyone over to his apartment for homemade lasagna.  Unfortunately, it ended up being the day I had to ROS (relieved of shift, i.e., leave work early) because I was horribly sick with a head cold!  I couldn’t miss it though because I had been talking about this event for the entire summer! 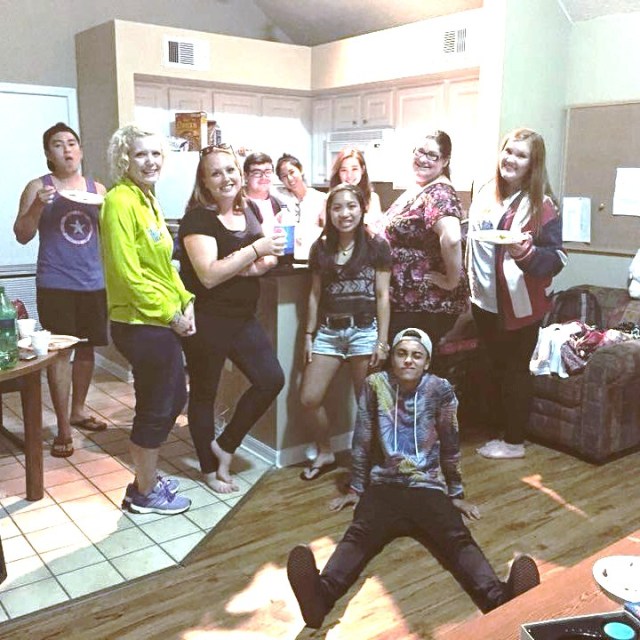 At 7pm, I dragged myself over to Ricky’s apartment and it smelled so good!! I’m not normally a huge fan of lasagna because I don’t like the white Ricotta cheese, but I was so excited that we were finally having our international dinner.  And it was so funny because all my ICP friends, without coordinating with each other, each brought different types of ramen noodles that they had either brought over from Asia or that they had bought at the huge Asian Market in Orlando! 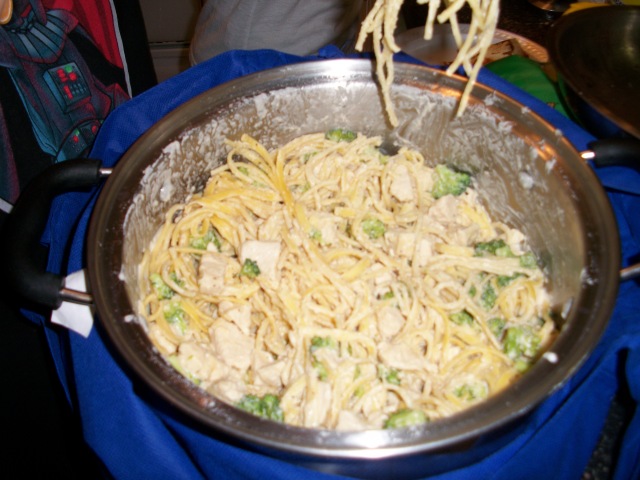 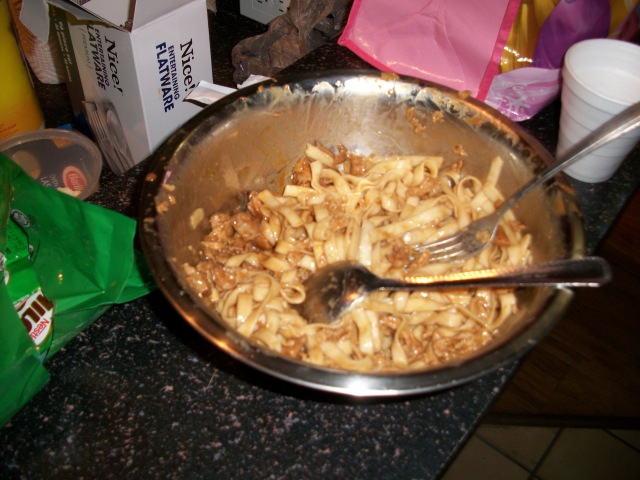 The dinner was incredible. We had over 15 people show up to it!

Luckily, Ricky had made a huge pan of lasagna for the dinner.  After everyone had tried some of his lasagna, we all started making and trying the different Asian ramen noodles.  I only tried one because I know how spicy Thai noodles can be and, since I was already sick and coughing, I didn’t want to risk a coughing fit from eating overly spicy food.

We sat around talking while trying the various noodles and drinking the Gatorade that I had brought over.  (Ricky’s in a wellness apartment, so no alcohol is allowed.)  Looking around at my friends, it really made me realize how quickly we’ve formed a family at Strollers!  One of the perks of having so few people working at my DAK location is how close we’ve become working all these crazy long 13-hour shifts together this summer.

I’m going to miss them after our program ends! 😥