September 2018: Viewing Epcot from the air. You can definitely see where the next country would go in on the bottom right next to Germany Pavilion.

When Epcot opened in on October 3, 1982, Disney Parks left room for 8 additional countries to be added to the World Showcase sometime in the future.

The 50th anniversary of Epcot will be on October 3, 2022 and Disney Parks has begun announcing plans for a $1 Billion Dollar renovation of Epcot.

One of the holdups of putting new countries in the World Showcase is that Disney makes the governments pay for the honor.  So, this eliminates poor African or South/Central American countries. [The Tourism Bureau of Norway was not happy when so much of the Norway Pavilion was changed over to the fictional country of Arendelle of Frozen.)

Current leading contenders for a new country are Spain and Australia.

Epcot improvements already announced:  A major new ride — themed to “Guardians of the Galaxy,” the hit Marvel movie series — is planned for Epcot’s front section replacing the closed Universe of Energy ride.  The Mission: Space simulator attraction will also be updated and expanded.

We are looking forward to this Epcot update the most!

A ride based on the Pixar film “Ratatouille” will be added to the park’s France Pavilion.  This ride is already a huge hit at Disneyland Paris.  The Impressions of France movie is being refilmed as the one currently showing is 35 years old and very dated.

Epcot will serve as a stop for the new gondola system called Disney Skyliner  connecting the parks to Disney hotels.

1981:  Unrealized Pavilions
Three pavilions were advertised in EPCOT Center books in 1981 and other material, but never built: Spain, Israel, and Equatorial Africa. From those books, Equatorial Africa seemed to have the most developed plans. Israel would eventually be featured as one of the countries at the Millennium Village.

Spain would fit very nicely next to Germany.

Spain
Spain was to have two attractions. The first attraction was a film on vacation spots in Spain. The second attraction was a ride themed around Spain’s heritage and arts. Market places and a waterside restaurant serving tapas (a finger food found in Spain) were also planned for the pavilion.

Israel
Israel’s landmark was to be a Menorah in the center of a courtyard. The buildings would be themed after old and new buildings from the area with ancient Jerusalem in mind. The attraction was to be an amphitheater with classical and folk music being performed. Olive and cypress trees would also be part of the pavilion. Kosher foods from the country would also be featured.

Equatorial Africa was to have tree house-like architecture set in the dark jungle. Foliage, running water, jungle sounds and smells would be present, along with “animals” visiting a water hole. The animals would be created with rear-projected film.  The Heritage area was to be an African village with live entertainment with traditional performances. The area was also planned to hold a museum displaying fine African art.

Caroline in front of the American Adventure

The American Adventure is the anchor of the World Showcase.

We like eating dinner here.  (We always have lunch over in the France Pavilion.)

We took this photo during the International Flower and Garden Festival last spring.

No plans announced yet for additional countries, but maybe sometime in the near future…hopefully by Epcot’s 50th anniversary celebration!

Australia gets our vote. ❤

Lions and Tigers and Strollers, Oh My!

This is not Caroline’s first time in the Disney College Program. Along with her sister, she was previously accepted into the program a few years earlier.  Back in Colorado, Caroline was wishing for a little more pixie dust to brighten up her life.  On a whim, she decides to apply to the exclusive Disney Alumni Summer Program.

Now that she’s back, things get wild.

Wild, as in Disney’s Animal Kingdom, where Caroline is assigned to work in Stroller Rental.  While not the most glamorous position in the park, it’s often ground zero for humanity at its best and at its worst.

While Caroline makes many “Magical Moments” for deserving guests whose pixie dust has gone temporarily sideways, she also receives magical moments of her own through the friendships she makes, going to Disney cast member exclusive events, and all the spectacular dining opportunities at Disney World.

Caroline tells all – from the ins and outs of Disney’s secret training class called Traditions; to learning how to be a happy cast member during on-the-job training; to what it’s like to interact with fellow cast members and the guests who are ready to explore the most magical place on earth.

Join Caroline as she takes you on a wild ride through her adventures in Disney’s Animal Kingdom. But be careful, it’s a jungle out there!

Book link on Amazon.com:  Adventures in the Animal Kingdom 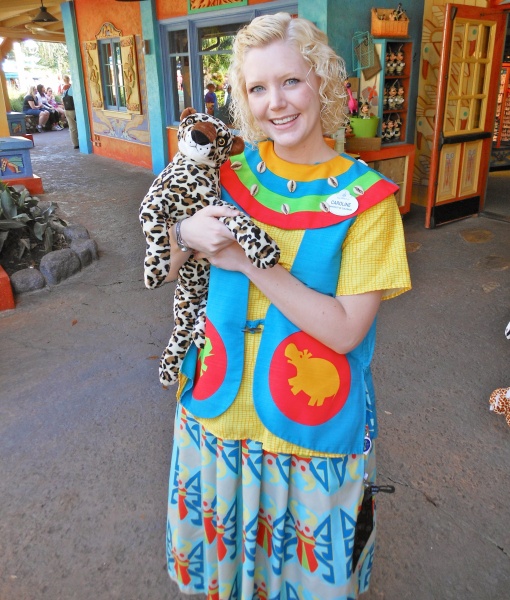 Adventure is out there!

Caroline’s love for all things Disney, and desire to grow up to be a Disney princess, is the reason she always wanted to work for Disney.  Her dream came true working as a cast member at Disney’s Animal Kingdom.

Caroline is the co-author of the book, Two Girls and a Mouse Tale, about her adventures working at Disney World with her sister.

She is currently a 7th grade middle school Social Studies teacher in Colorado. 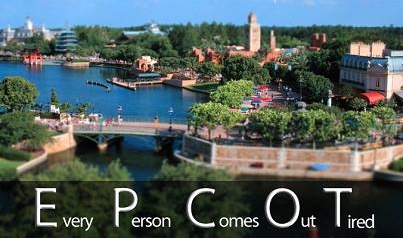