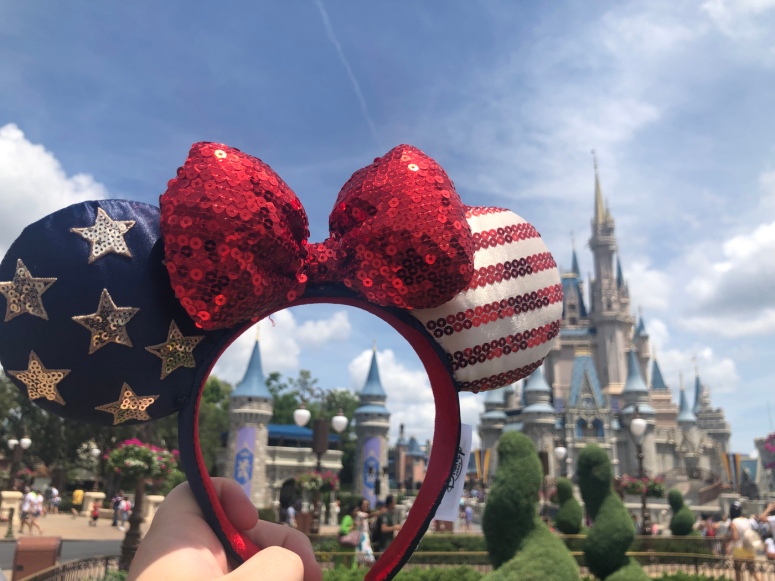 These patriotic Minnie Ears are perfect for wearing on 4th of July!

Yes, it’s the most crowded day in July at Disney World, which is also the busiest attendance month at WDW, but, heck yes, it’s a lot of fun too!

Just go with the right attitude and you’ll have fun celebrating the 4th of July holiday this week at Disney World!

Caroline celebrating the 4th of July at the American Pavilion in Epcot.