Mickey and Minnie at Epcot on 4th of July

Yes, it’s the most crowded day in July (which is the busiest attendance month at WDW), but, heck yes it’s a lot of fun!

Expect the parks to be packed, especially the Magic Kingdom, with crazy long ride lines and food lines, and just go with the flow. 🙂 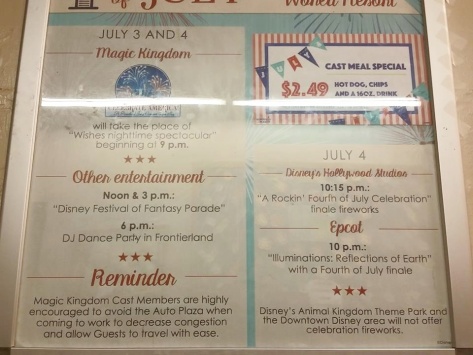 These impressive pyrotechnics are 15 minutes of explosive beauty rising not just above the Cinderella Castle, but all around the park. Independence Day is one of the few fireworks displays, along with the Halloween and Christmas versions, that utilize the perimeter bursts, making it seem like the fireworks are all around you. As you may expect, the display is accompanied by a rousing patrotic soundtrack that is designed to speak to the soul of America.

Unofficial Tip:  Think you’ll watch the fireworks from the beach at the Polynesian Resort? You and a lot of other folks! Disney will be checking room keys for beach guests on the 4th and parking will be restricted to resort guests only. 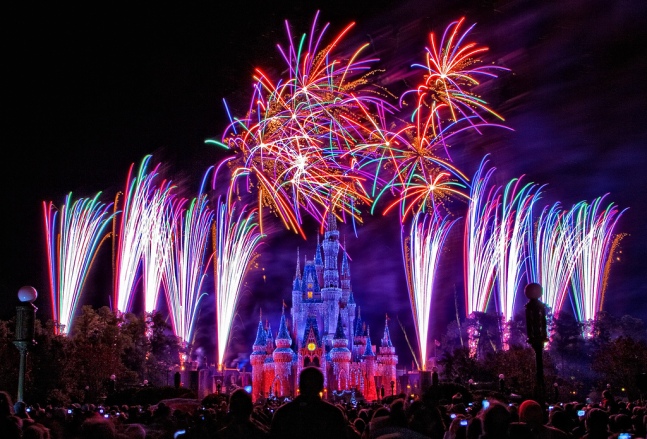 9:00 pm – “Celebrate America – A Fourth of July Concert in the Sky” Fireworks

Expect special lighting on Cinderella Caste both before and during the show.

9:00 pm – “Celebrate America – A Fourth of July Concert in the Sky” Fireworks

July 4, 2015: Throughout the day, Disney characters in their patriotic costumes will appear on the promenade near The American Adventure.

12:30, 1:45, 3:00pm – Voices of Liberty 4th of July Concert (features an expanded cast performing a patriotic salute, including the Spirit of America Fife and Drum Corps and Disney characters) – on the America Gardens Theatre stage.

4:15 and 5:00pm – Voices of Liberty inside the American Adventure Rotunda

10:00 pm – IllumiNations: Reflections of Earth will feature “The Heartbeat of Freedom” fireworks show, a special 5-minute patriotic fireworks finale added onto illumiNations. [Note that this is 1 hour later than the usual 9pm IllumiNations show.]

New UP pin for the 4th of July!

There are no special 4th of July events planned at Animal Kingdom. (There are never firework events at DAK as they would scare the animals.)

There are no special holiday events planned at DTD. 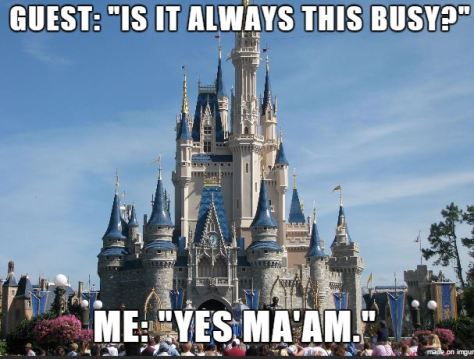 4th of July treats this morning at the Chatham bus stop for CPs!

Working together at DAK.

We included advice on how to successfully get into the DCP program, including some of the actual phone interview questions, how to have a successful internship, and how not self-term before your program ends. Our book is filled with lots of behind-the-scene stories of the magic of Disney.