The European, Hwrf and UKMet forecasting models all have it coming in much farther south, closer to Miami, than the American Model.

We’re still 24 to 36 hours away from narrowing down the Cone of Uncertainty.

Once it crosses over Florida, it will hit the warm waters of the Gulf of Mexico and re-strengthen.

Florida may get hit by Hurricane Dorian 2x next week, once on the east coast and then again in the Panhandle. 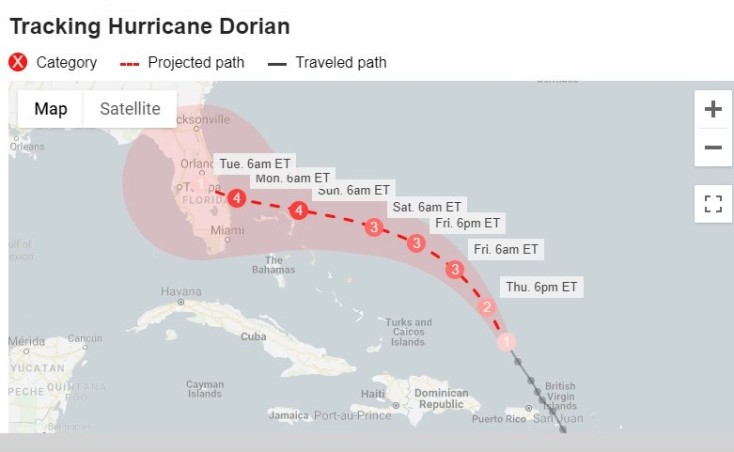 Want to learn more about how Disney Cast Members prepare Disney World for a hurricane?

Hurricane Dorian is now forecast to be a Category 4 storm — with sustained winds of around 130 mph — when it makes its expected landfall in the US on Monday, likely somewhere along Florida’s Atlantic coast, the National Hurricane Center says.

Dorian, having swept across the British and US Virgin Islands and whipped Puerto Rico with rain Wednesday, was moving northwest in the Atlantic Thursday morning with sustained winds of up to 85 mph.

Warm waters are expected to strengthen Dorian over the next few days. It’s on track to smack Grand Bahama island on Sunday and likely crash somewhere along the Florida or Georgia coasts around Monday morning.

A run on food and gas today in Florida ahead of the hurricane.

Because it’s four days out, the range of potential landfall spots is vast — from the Florida Keys to southeast Georgia. And the center may pause at sea shortly before landfall — leaving its outer bands to drench much of Florida with lots of rain, CNN meteorologist Chad Myers said.

“That’s … heavy rain potential,” Myers said. “This will not be a compact storm when it gets there.”

The affected areas in the US will feel tropical-storm force winds — at least 39 mph — as early as Saturday evening. And the center could pause before it runs into land — potentially whipping cities with “inches and inches of (rain) an hour,” Myers said.

“People have got to be ready before Sunday,” Ken Graham, director of the National Hurricane Center, told CNN’s “New Day” on Thursday morning. 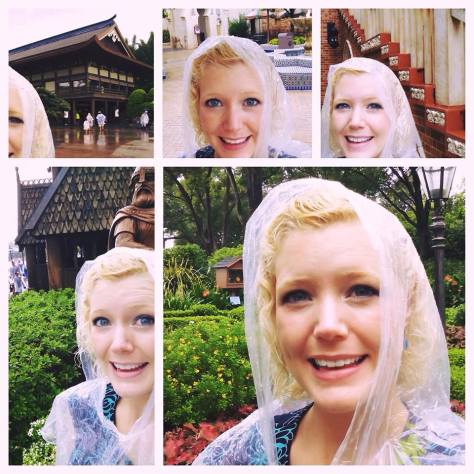 Choose your footwear wisely when there’s a hurricane coming!! 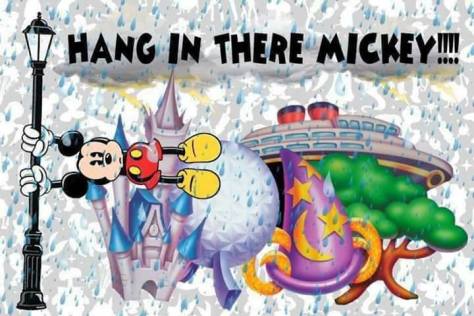