March 19, 2018:  After being down for refurbishment for the past three weeks, Pirates of the Caribbean has reopened at Magic Kingdom Park today with a new version of the attraction’s auction scene. 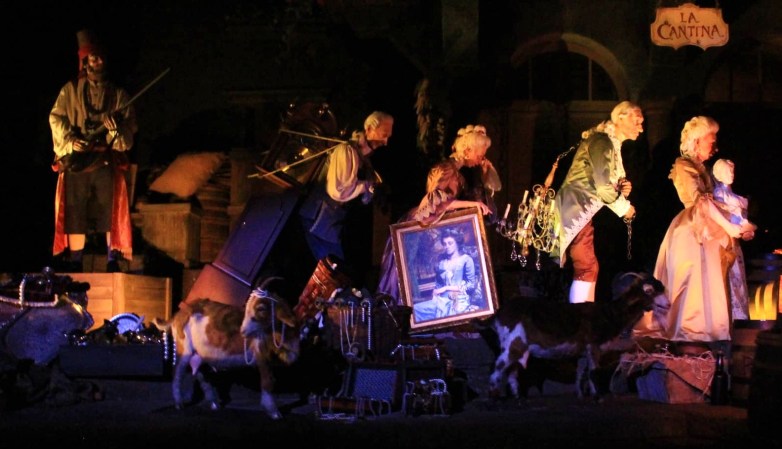 In the new auction scene, the Auctioneer now oversees the sale of the townspeople’s possessions and goods, rather than selling brides to the pirates sacking the town. Everyone looks like they are carrying something stolen from the Haunted Mansion!

As for the Redhead, she has taken charge of her own story and become a pirate named Redd – pillaging the town’s rum supply, and she definitely has something to say about it.

The larger woman (formerly a pirate’s auction bride) in the scene is now holding a chicken that is being auctioned off.  New scene dialogue: “Strike your feathers, dearie. Show them your flock.”

The original Redhead scene. “We wants the Redhead!”

Classic scene lines that were completely removed in the change:

“We wants the redhead!”

“What be I offered for this winsome wench?”

“What are ya’ sellin’ her by the pound?”

Video of new auction scene:  2018 Pirates of the Caribbean 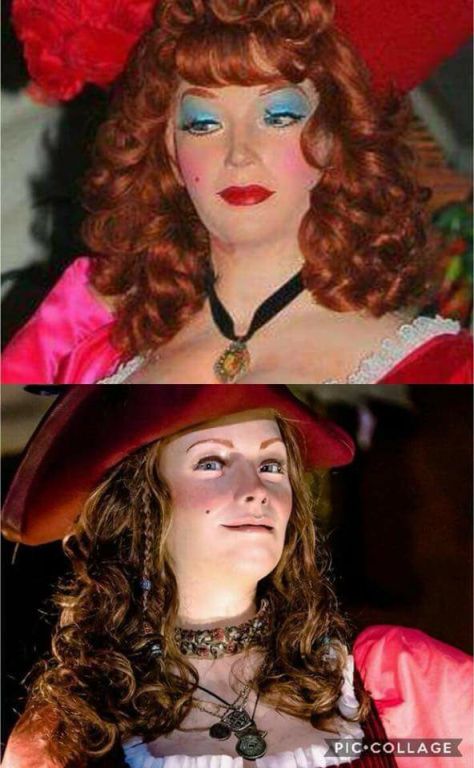